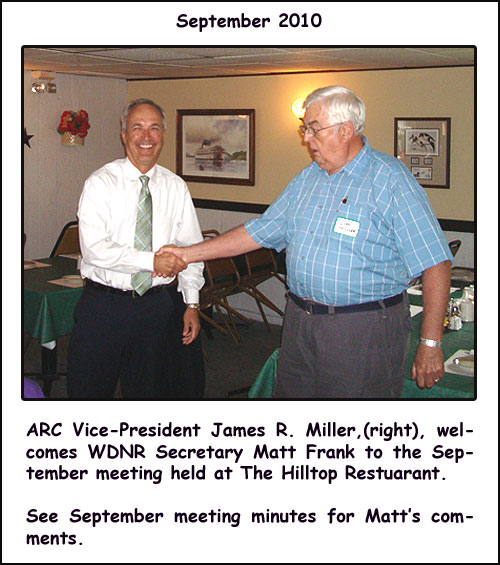 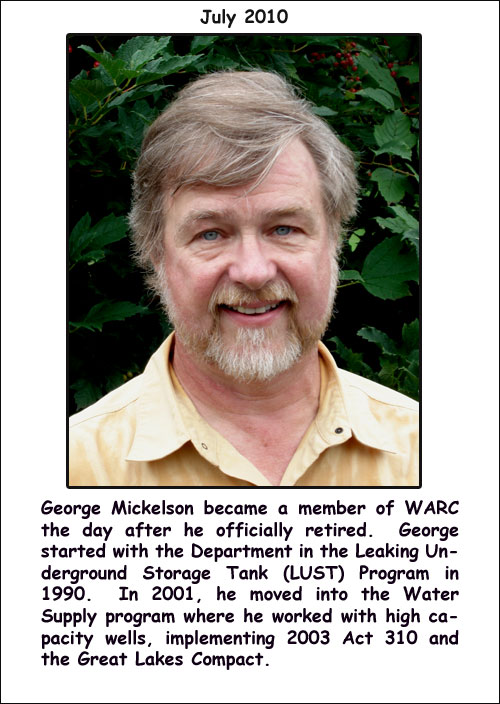 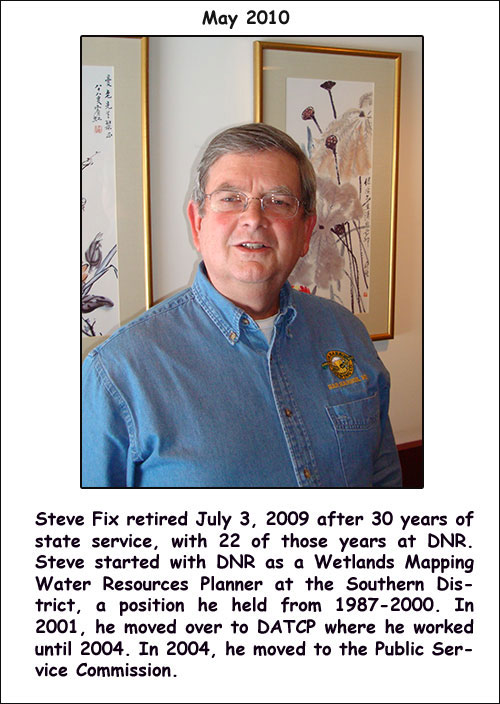 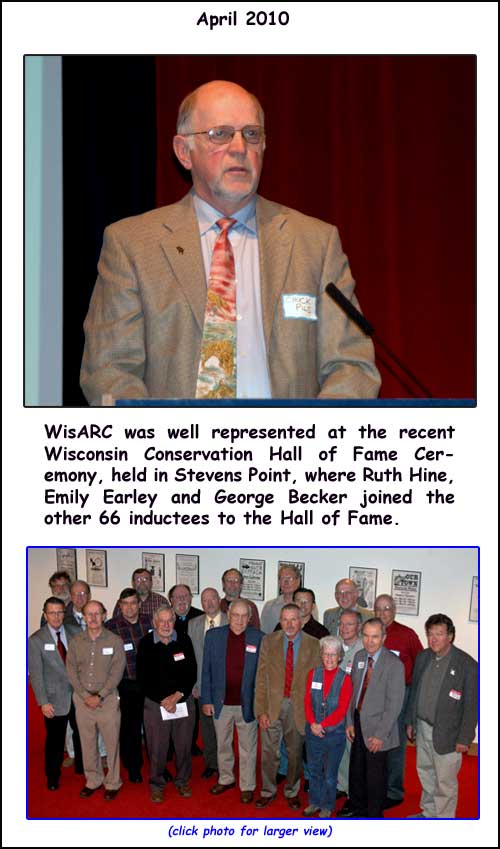 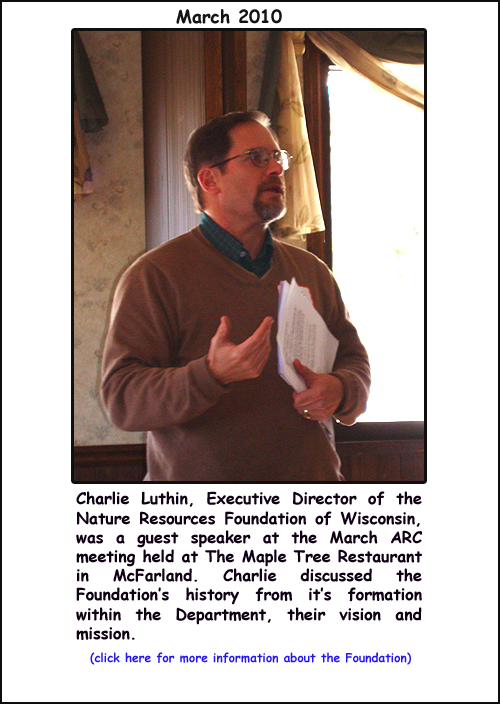 Welcome to the WCR, host of the 2010 Wildlife Training Program.

12:00 - 12:20 CWD in Wisconsin and Beyond: Past, Present and Future
Davin Lopez, Wildlife Biologist, Bureau of Wildlife Management

Assembly Override of the Governor's Veto of the Bill

All Hands on Deck
Dear Conservationist:

This is it! We have all worked hard to pass Assembly Bill 138 restoring the DNR Secretary appointment authority back to the Natural Resources Board. The Bill passed both legislative houses with wide margins but then unfortunately was vetoed by the Governor.

Now is the time to Override the Governor's Veto! The Assembly will be holding a vote to override the veto on Tuesday, February 23rd.

The vote will be very close and it is critically important that Wisconsin sportsmen and women are there in large numbers to impress their legislators that they want the bill to become law. The opponents are using all kinds of excuses like they want another bill passed first or they don't like an amendment, but the bottom line is that the bill in its current form is a good one that has the support of ninety percent of Wisconsin hunters, anglers and trappers.

Come down to the Capitol on Tuesday, February 23rd. Wear your blaze orange. Meet on the first floor Rotunda at 9:30 am, then stop by your representative's office, then join a Blaze Orange Press Conference. Then we will all wait next to the Assembly Chambers to encourage our representatives to override the veto.


We Need to Fill the Capitol !


Pass this message on to all your friends and relatives, share a ride.

It is important that every county be represented so that representatives from throughout the state know that this is important to conservationists in their legislative districts. 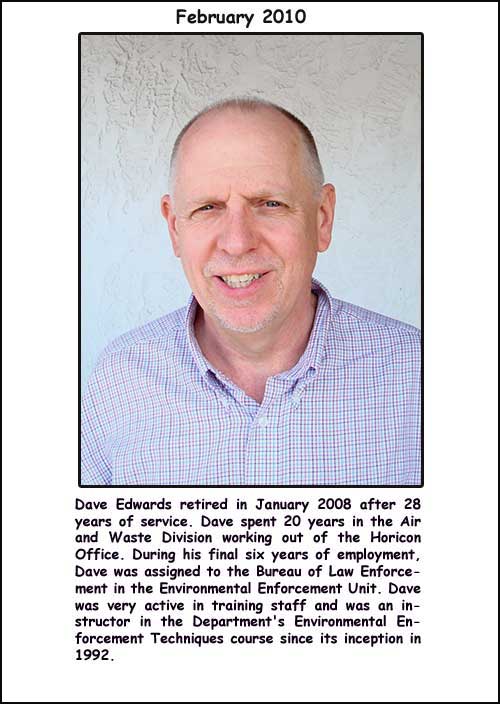 DNR retiree Dave Edwards is seeking interest from current and retired department employees in participating in apotential exhibit of landscape and wildlife art to be sponsored by the Beaver Dam Area Arts Association. If the interest is there, the non-juried exhibit will run from August 29 through October 10, 2010.

Ive seen some wonderful artwork created by DNR employees. Im working with the not-for-profit Beaver Dam Area Arts Association to determine whether there would be enough interest to build a wildlife art exhibit consisting exclusively of artwork done by those still employed with the department and those whove retired, said Edwards.

This photo of the Virgin River flowing through Zion National Park in southwest Utah is an example of the artwork that would be included in the Guardians of Nature exhibit in fall 2010 in Beaver Dam.

A contingent of at least 35 artists would be needed to justify an exhibit, explained Edwards. Wildlife artwork, for the purposes of this exhibit, is defined as original photography, paintings, drawings, wildlife mounts, wood carvings, jewelry, and other similar pieces. Wildlife art exhibits are relatively common, but to the best of my knowledge this would be the first of its kind exclusively featuring the artwork of DNR folks, said Edwards.

Artists will be responsible for delivery and pick-up of their work. There is no fee for participating in the exhibit. Artists have the option of selling their work and if they do, the Beaver Dam arts association will receive a 30% commission per sale.

Those interested in displaying their artwork at this landscape and wildlife exhibit should email Dave Edwards or call him at (920) 887-0962 by January 30.


Footnote: Dave Edwards worked for DNR for 28 years in the Waste Management and Environmental Enforcement programs.