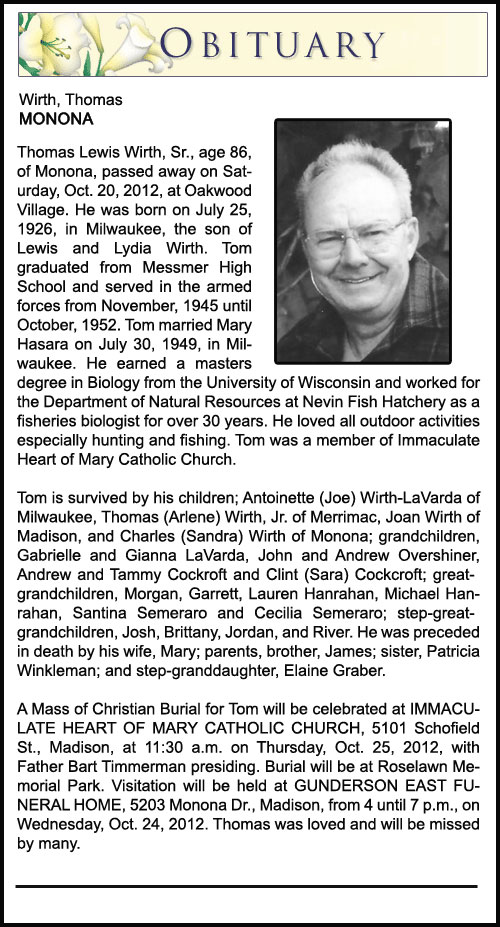 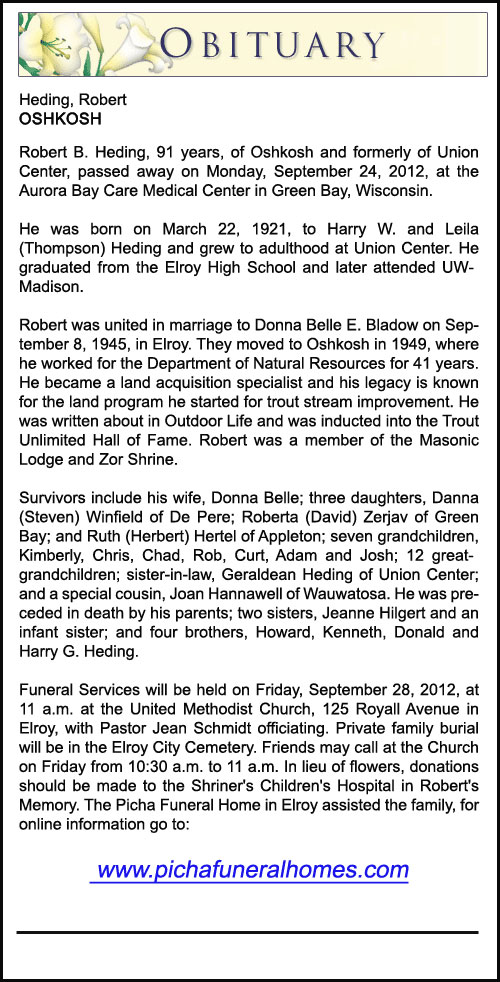 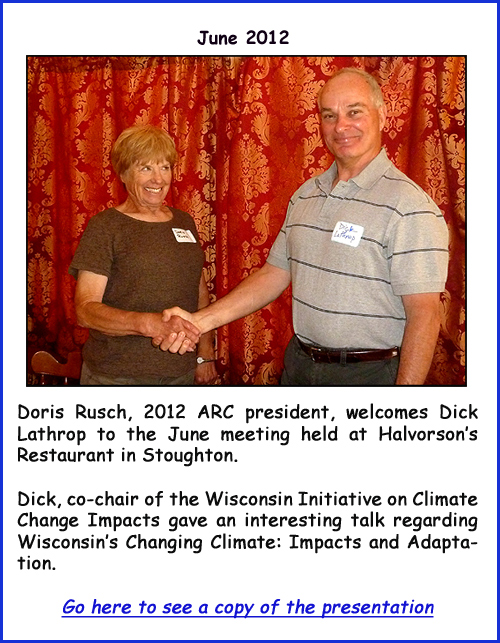 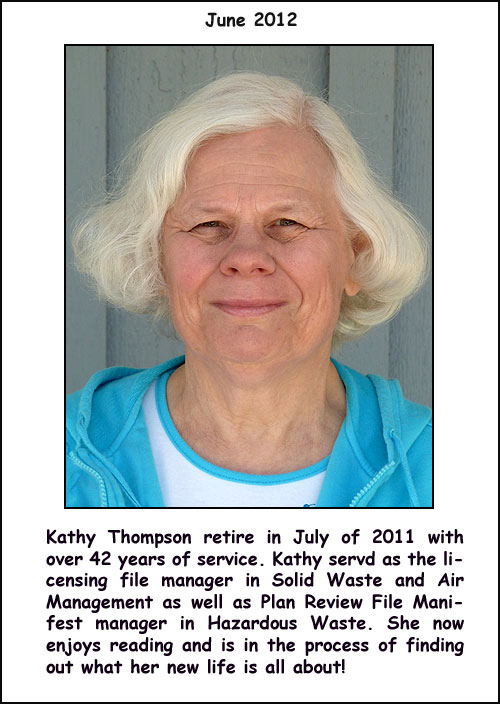 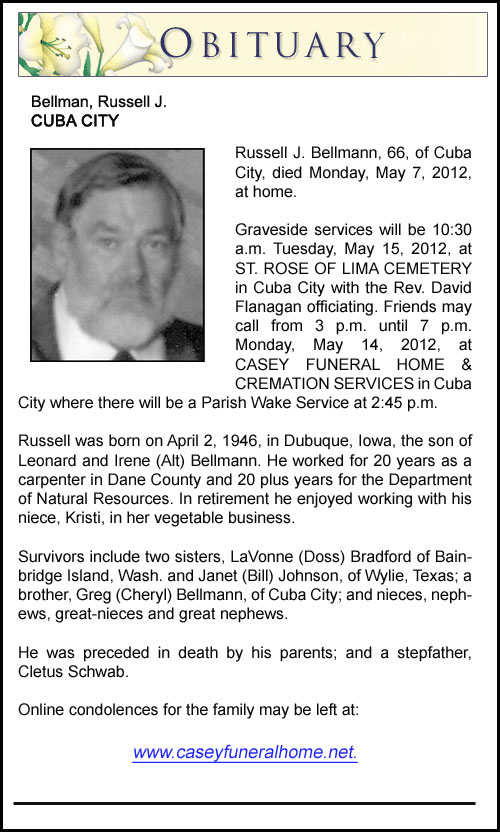 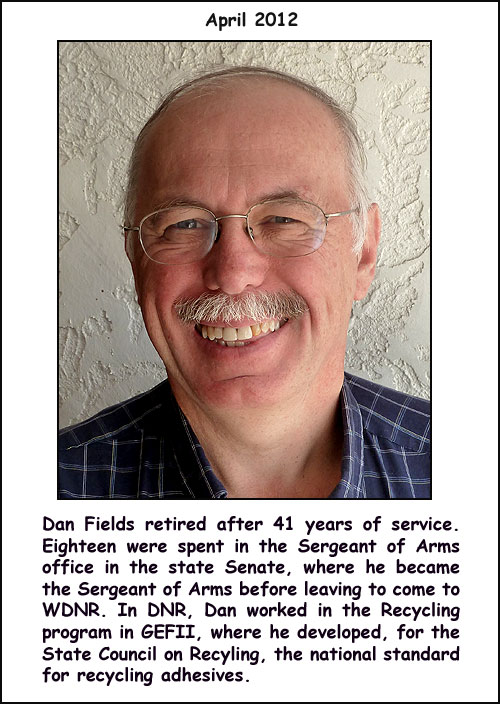 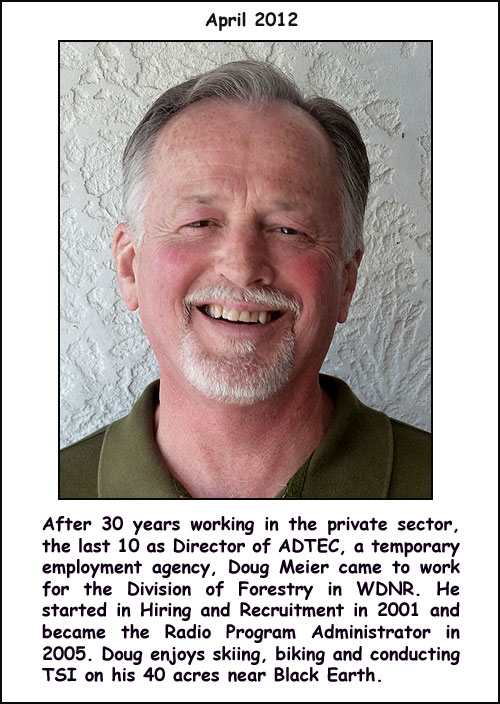 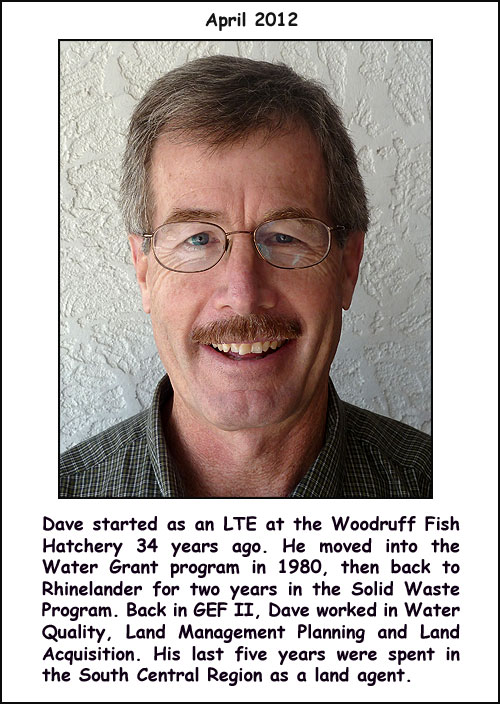 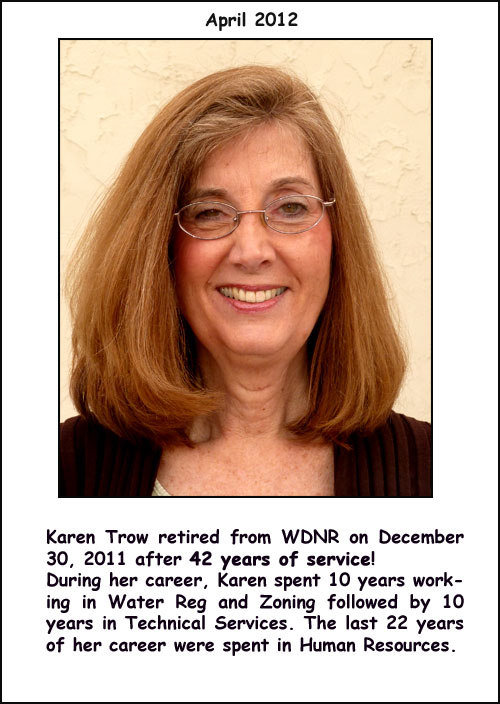 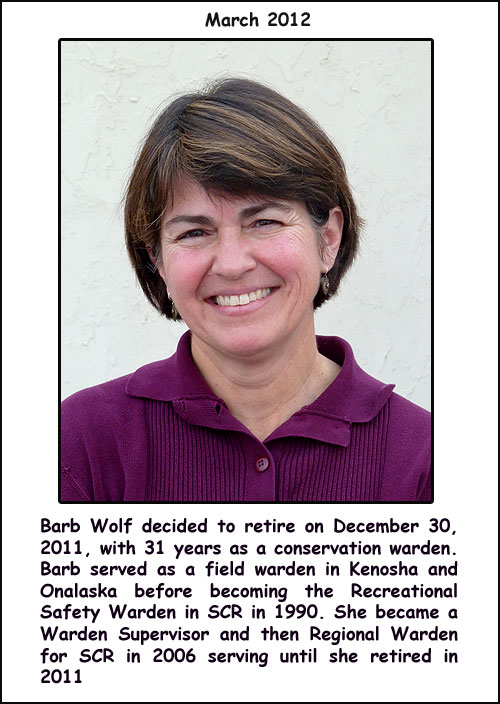 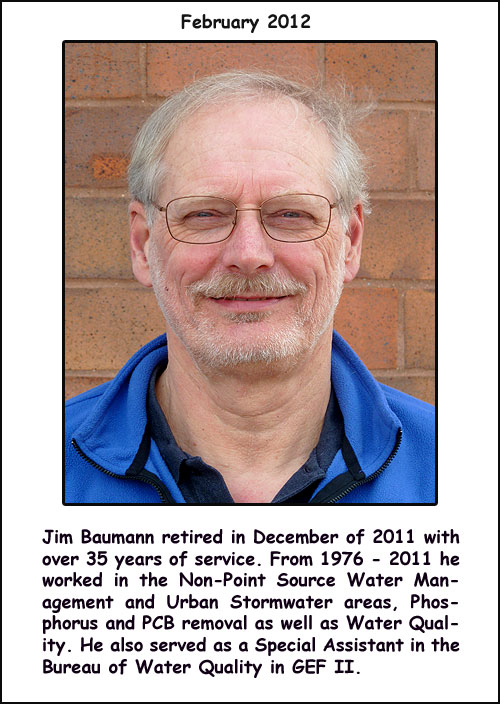 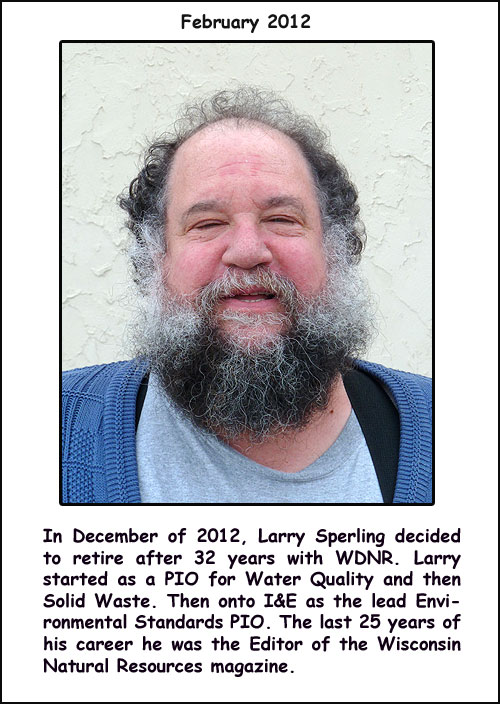 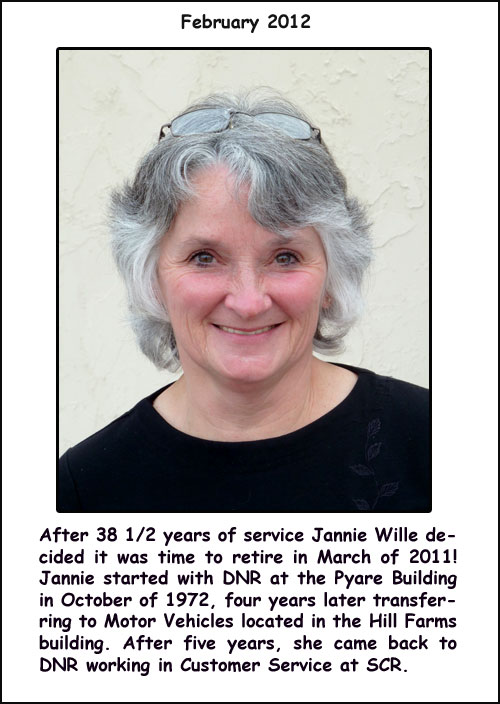 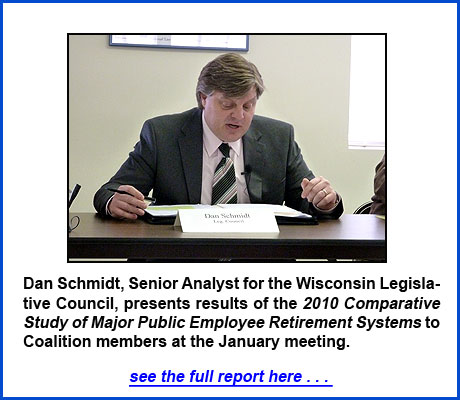 My role in all this is finding the mentors.

As you can see, there are many students who still need mentors. A number of them are related to environmental or natural resource topics. Expertise in the specific topic is not as important as familiarity with the process of science, how to ask a good question, design and carry out a simple research project.

Perhaps the important detail to include it is that the mentors are asked to meet with their mentee approx. once a week for about an hour between now and the symposium (April 25th). If that's not possible, some meetings might just be a phone call. We have two training sessions scheduled for mentors in the next couple weeks (they choose which one to attend). If they are unable to come, I send them suggestions and guidelines for mentoring.


I can answer any questions retirees may have about the program.

Thanks for your help! 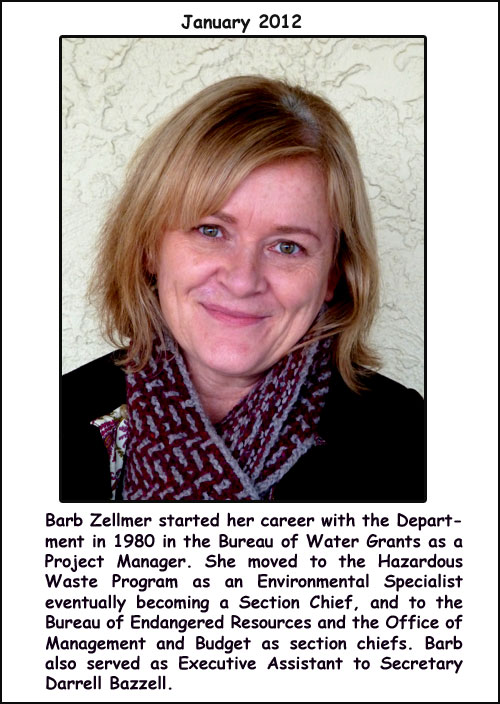 KATHLEEN MARSH . . . ON STARTING HER PETITION

The WRS Petition: Why Did I Start It?

With almost 20,000 people already signing my petition, I am being asked who I am and why I am doing this. Yes, I am a proud Progressive, but I am also President of my American Legion Auxiliary Unit, so dont label me. NO ONE put me up to this; I did it on my own. Please read this (sorry so long!) to understand my motivation in starting this petition.

A December 9, 2011, letter from David Stella, Secretary of the Employee Trust Funds (ETF), reminded me that Biennial State Budget (Act 32) appointed a committee to study the WRS. The Study Committee will be composed of representatives from (ETF), the Department of Administration (DOA), and the Office of State Employment Relations (OSER) and must submit a report by no later than June 30, 2012. The study must specifically address establishing a defined contribution plan as an option for participating employees; permitting employees to not make required contributions; and limiting retirement benefits for those employees to a money purchase annuity. For those already retired, Wisconsin law currently provides that benefits already earned cannot be changed. No legislation has been introduced yet, and no decision has been made to implement either of the features mentioned in #2. Any such changes would have to be approved by the Legislature and signed into law by the Governor, and they could only apply to the accrual of future benefits.

So I asked myself: Why is Scott Walker doing this? Why is he is messing with the WRS? First rule of politics: follow the money! I checked out the list of his top 40 campaign contributors. Many BIG donors are from the financial and investment sector. Why would they give Walker tens of thousands of dollars? What do they want? Answer: there are HUGE commissions to be made if WRS is privatized. Since I am already retired, why should I care? The last answer was easy: even if changing from a defined benefit to a defined contribution does not affect those already retired, I believe we are duty-bound to protect this extraordinary pension system for todays public workers who are currently helping to fund our retirements with their contributions.

As we learned with Act 10, laws concerning public employees and their benefits can be easily changed by the Walker administration. To trust this governor is to make a fools mistake twice. About a year ago I received an email stating that Scott Walker would end collective bargaining for all public employees except firefighters and police. I was aghast and immediately called my Assembly Representative Jeff Mursau (R Crivitz). His aide told me not to worry. Such a thing could NEVER happen, and if the new governor ever proposed such a thing, it would NOT pass the Legislature. Sure. Add to this all the other mistruths coming from Scott Walker, well, forgive me for turning into Wisconsins biggest skeptic.

Okay, so if you are still with me, lets start connecting dots. Why study a superb pension system, which is fully funded, and a model for the nation? To give public employees better benefits? Yeah, right. Limited to cost-of-living increases only, current workers are facing frozen salaries, well, almost forever. If younger employees are allowed to defund their retirements or fund them with a 401K-like system, many will forego contributions altogether. They will either say they need the money now, or they dont believe they will EVER get to retirement. Those who do fund their pensions will contribute less than the maximum, which will then mean fewer matching funds from employers. These now private investors will be courted by fee-motivated investment counselors armed with glossy brochures and rosy forecasts of much bigger returns than WRS can provide. I was young once. I am fiscally very conservative, but I probably would have skipped the contributions in my lean 20s and fallen for the sales pitch in my 30s and 40s. And at retirement age, I would have been very, very sorry!

So, human nature being what it is, much less money will be flowing into ETF. The beauty of the current system is that it is mandatory participation, which keeps it fully funded and healthy. Even a school cook making $8 an hour can anticipate a small but secure retirement check. By forcing her to pay her half, Walker is already weakening support for the system. If the law is changed, she, and tens of thousands of others, could just skip the contribution or invest their money elsewhere. The result will be a steady drain of new money from ETF. This will put incredible pressure on them to keep up with current benefits, especially since so many people are retiring early and so many baby boomers will soon follow.

With many economists predicting a decade or more of stagnant growth, ETF could well slide into negative territory, forcing taxpayers to fill the gap. That would not only bring howls of outrage from those who already begrudge us our pensions, but each retirees benefits could revert to what they were the day he/she retired. This would be catastrophic for elderly employees who retired a long time ago under very modest benefit levels. Eventually, the WRS would become so controversial, it would be easy to replace it altogether with a much less secure private 401K-type system where investor fees would likely double and returns be more volatile.

Some might say this is a doomsday scenario. But I repeat, why does Walker want to FIX something that isnt BROKEN? We must speak out. Study committees always have an agenda. With so much Walker influence on the commission, we need to be vigilant and proactive, demanding to know who exactly is a member of this group? Where and when do they meet? What facts will they solicit as they make their decisions? We deserve to know. Our future depends on it.

Scott Walker wants to radically alter the public employee pension system in Wisconsin (WRS). He will turn a 97% funded defined benefit system into a high risk defined contribution system, enabling his investment house buddies to cash in big while recipients lose the safety and security of one of the best retirement funds in the country!

"Scott Walker: Keep your hands off the Wisconsin Retirement System!"